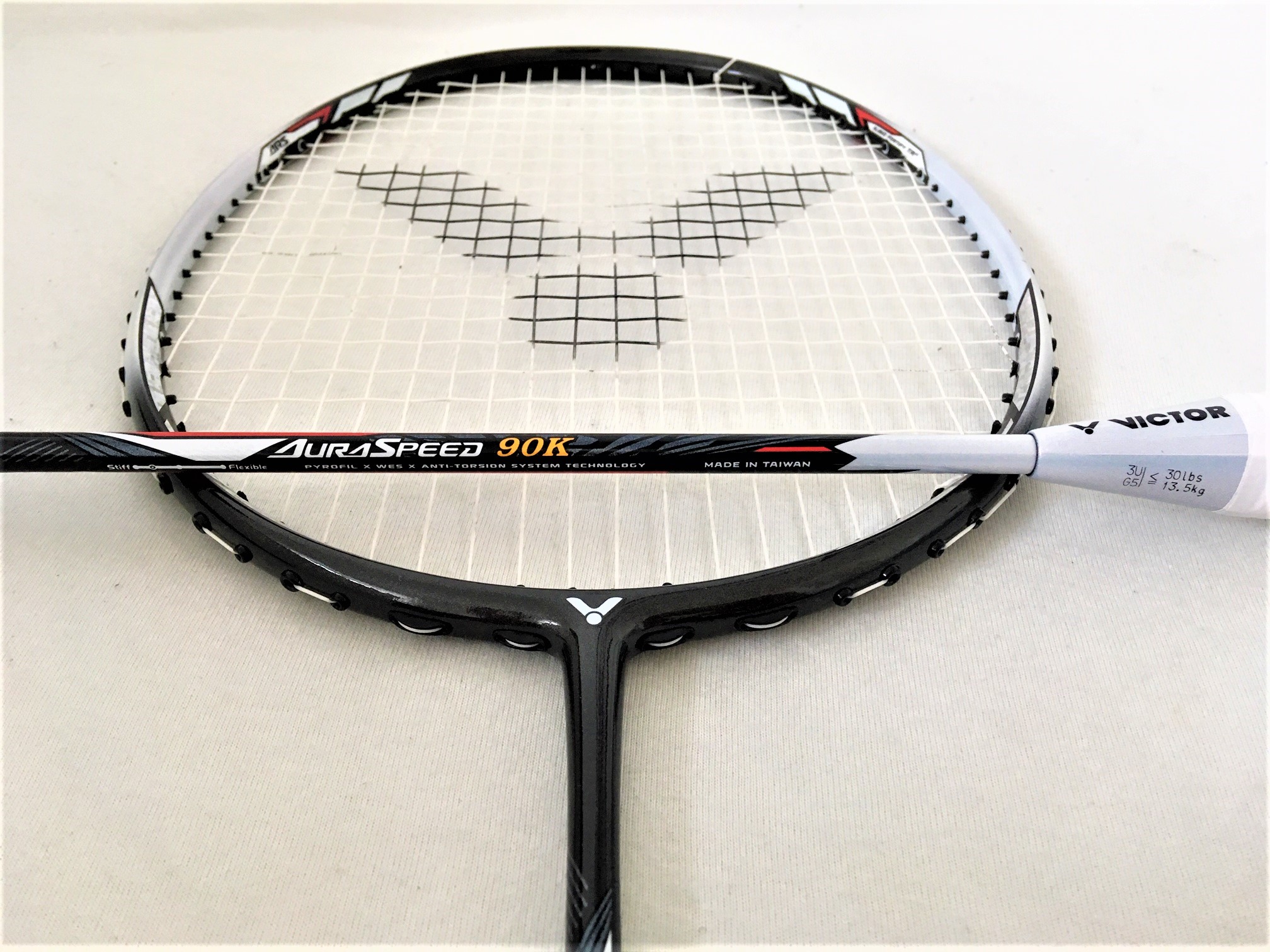 We have just completed the test of the AURASPEED 90 S when VICTOR is already adding the new K variants. Of course, the BADLAB racket team had to do that too. For a short practical test we received from VICTOR the new top model AURASPEED 90 K in the specifications U3 G5 and had it strung with a VICTOR VBS 63 with 11 kg.

It quickly becomes apparent that the “K variant” is a completely different racquet in hand - although at first glance (racquet head size, frame profile, shaft length) it doesn't differ from the AURASPEED 90 S. In fact, the new AURASPEED 90 K is significantly more top-heavy, has a stiffer shaft and, at 89 g, is even a touch lighter than the AURASPEED 90 S we previously tested. According to the VICTOR engineers, this was possible, among other things. thanks to the new "Rebound Transition Construction", light "PYROFIL carbon fibers" and tubular "Nano Fortify fibers", which are supposed to generate a higher recoil.

With the new top model AURASPEED 90 K, VICTOR has built a radical racket for top players. Many professionals from Malaysia and Denmark - above all Anders Antonsen, vice world champion in men's singles - chose this racket to prepare for the 2020 Olympic Games in Tokyo.