YONEX ASTROX 88: ARE YOU THE S-TYPE OR THE D-TYPE? 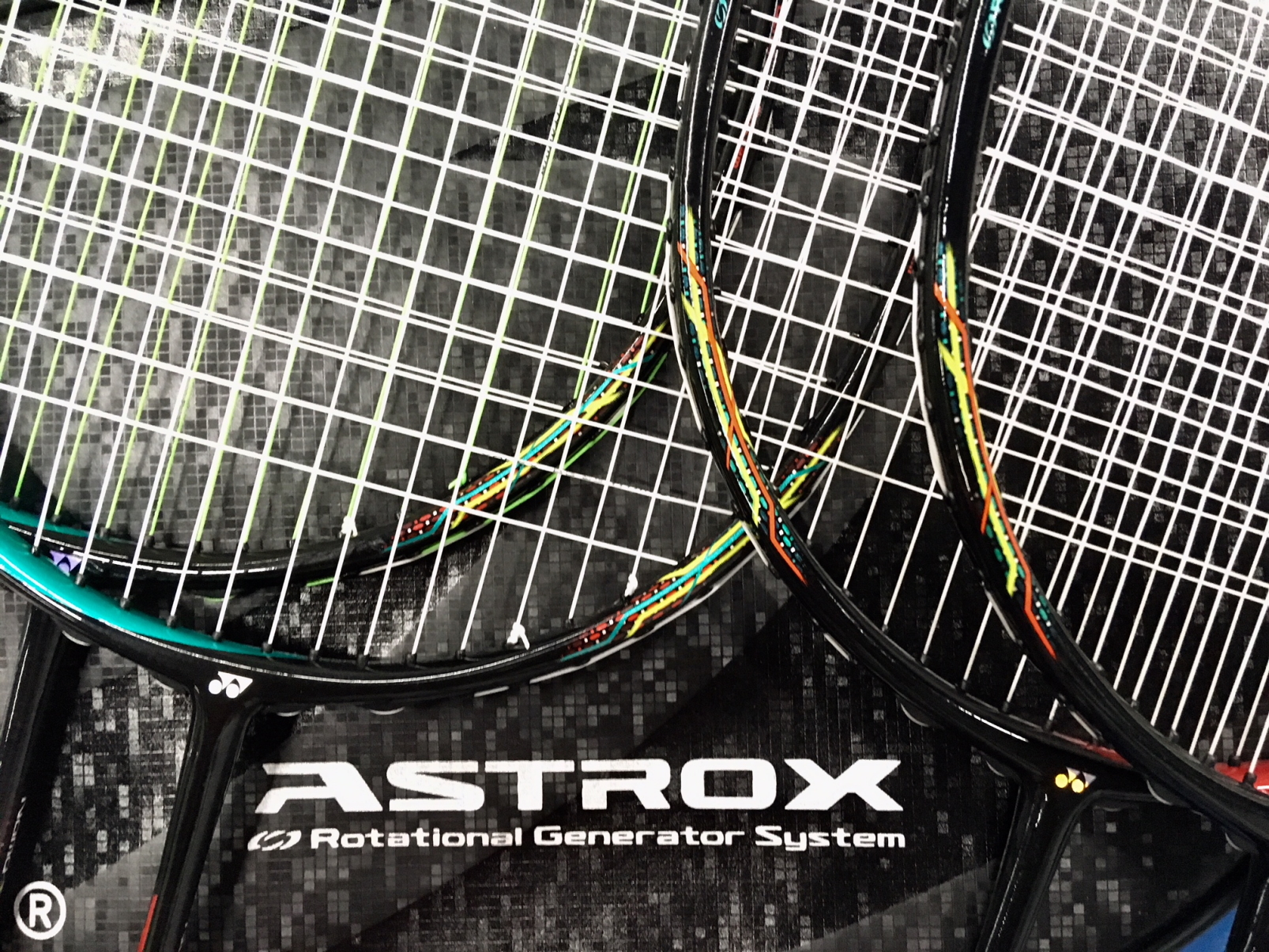 In our January test of the ASTROX 77, we spoke somewhat prematurely of the "new top model of the ASTROX series". But now for advanced badminton players, YONEX has gone one step further with the top-heavy high-end rackets ASTROX 88 S and 88 D - individually tailored to 2 different game types:

The ASTROX 88 D (like “dominate”) has been optimized for the offensive backfield player. A long shaft and a higher flex point in the head should provide more power and penetration.

The 5 mm shorter ASTROX 88 S (like “skill”) was optimized for manoeuvrability and control for the more versatile all-rounder with a tendency towards the net. The flex point located deeper in the head keeps the ball on the racket longer. 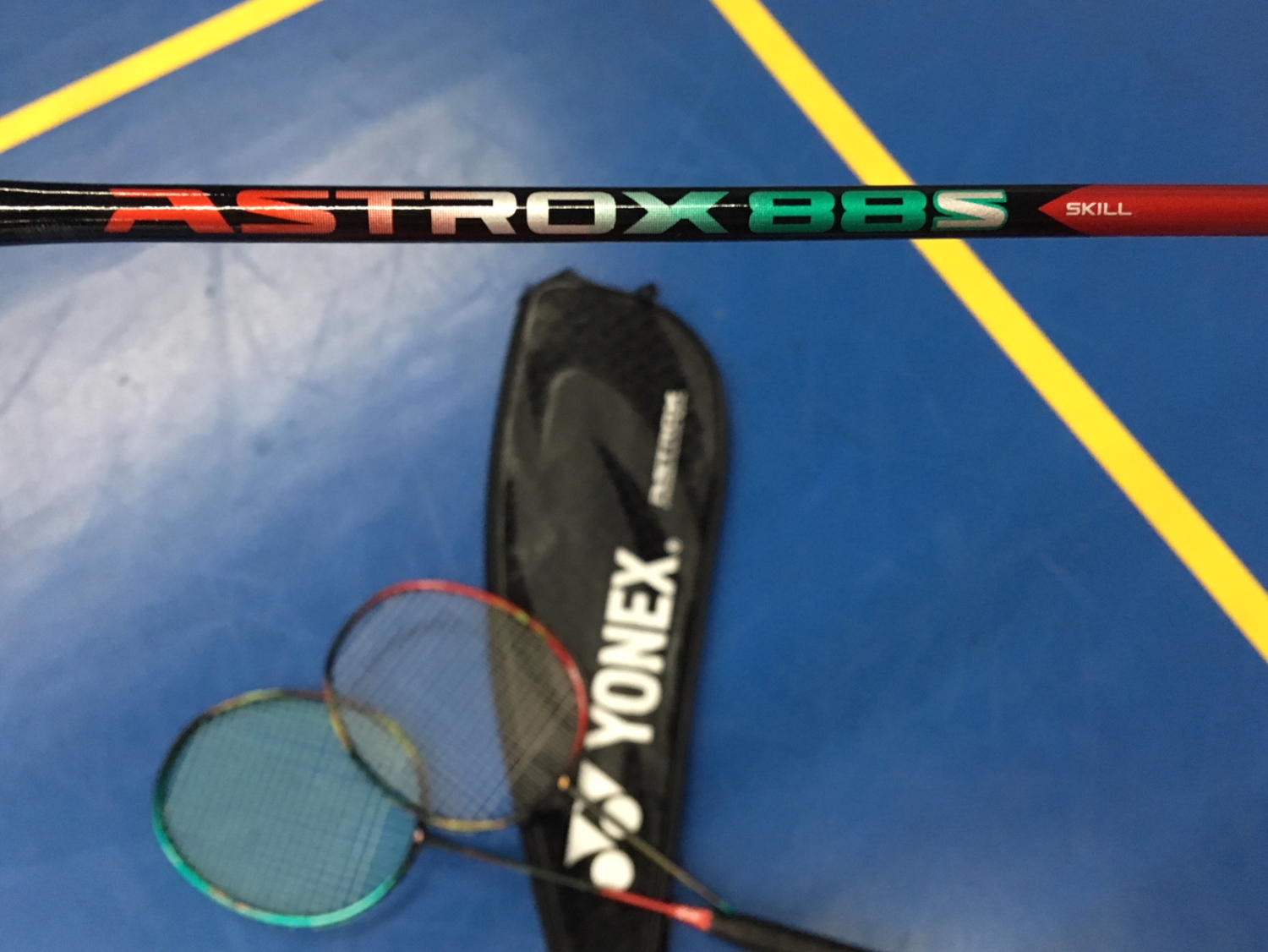 Especially double players should be able to develop their preferred skills with the respective racket. The currently world's best men's double from Indonesia Kevin Sukamuljo (A 88 S) and his partner Marcus Fernaldi Gideon (A 88 D) play e.g. these thugs. But more and more individual players are playing an ASTROX 77 or 88. A prominent example: The current No. 1 in the world and European champion in men's singles from Denmark: Viktor Axelsen is now playing the ASTROX 88 S.

As with the ASTROX 77, YONEX also uses the new material named graphite for the ASTROX 88 rackets. Its special feature: it is hard at slow swing speeds, which increases control. At higher swing speeds, however, it becomes more flexible, which means that the shaft generates more snapback power.

So much for theory. But of course the BADLAB racket group is only interested in practice! So we got a few copies of both racket variants - strung with 12 kg.

To say it straight away: in fact the different concepts of both rackets can be experienced directly. They differed noticeably in different directions from the ASTROX 77.

The S version gives a solid feel with very good feedback and great ball control. Their good handling in defense and in the front is surprisingly not paid for with lack of power from behind. We actually understood that many describe the ASTROX 88 S as the worthy successor to the legendary classic ARCSABER 11.

With the D version, the penetration of Smashes increases again significantly! We see him in this regard close to the VOLTRIC ZF 2. Nevertheless, for us it is not just something for hard hitters who want to smash even harder with it. It is also an interesting option for normal players who sometimes still have problems with the length of their clears.

However, the following applies to both rackets: They also do not turn a hobby player into a tournament player. In order to really benefit from the qualities of the ASTROX 88 rackets, you should be able to hit the ball cleanly, because the shafts belong to the harder ones and the club heads to the smaller ones. And both do not forgive dirty meetings so well.

Overall rating of the BADLAB racket group: Here YONEX has once again cut out 2 innovative rackets that will make some advanced players think about changing the racket. Really impressive material!